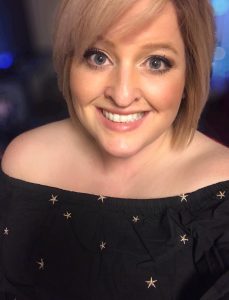 Audrey Lauren Wax, M.F.A. is a Senior Lecturer at the University of Wisconsin Madison, School of Education, Department of Theatre and Drama

She received her M.F.A. in directing with a concentration in New Works Direction from the University of Idaho. Wax studied directing under Jere Lee Hodgin and acting under Kelly Quinnett.  She is an active participant in the national American College Theatre Festival and she serves on many local arts advisory boards.

Wax is in her third academic year at the University of Wisconsin Madison. She has taught Stage Management, Production Management, and Theatre 150 for the Department of Theatre and Drama.  Wax is currently serving on the play selection committee.

She has directed plays all over the Pacific Northwest as well as shows in Madison, WI. Some of her directing credits include: Little Shop of Horrors, The Rail Splitter, The Wedding Singer: The Musical Comedy, Woods of Weaver, Almost, Maine, Fuddy Meers, Oleanna, Evita, Beauty and the Beast, The Vagina Monologues, The Good Body, Extremities, Communicating Doors, Some Girls,Princess Ida, The Gondoliers, Romeo and Juliet, Much Ado about Nothing, and H.M.S. Pinafore.

She served as the Artistic Director for Morgue Theatre and StageQ, Inc. Wax has been recognized for her work on new plays and has directed world premiere productions as well as Wisconsin premieres.