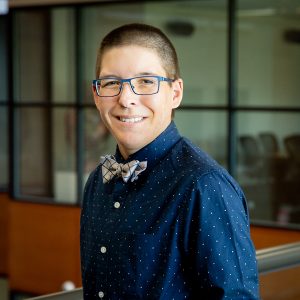 Mills, who earned a Master of Fine Arts degree at Carnegie Mellon University, is a scenic designer and art director. Mills’ interests as a designer are diverse and include television and film, museum exhibit design, attraction design, theatre, opera, and teaching. During the 2017-18 academic year, Mills was an adjunct professor at Kean University, teaching Scenic Design 1 and Intro to Performance Design classes. Prior to this academic appointment, Mills spent two years working in Los Angeles as an Experience Designer for Themespace, and five years in New York City as a theatrical designer and as an art director for television — including with “The Today Show” and “Late Night with Seth Meyers.”